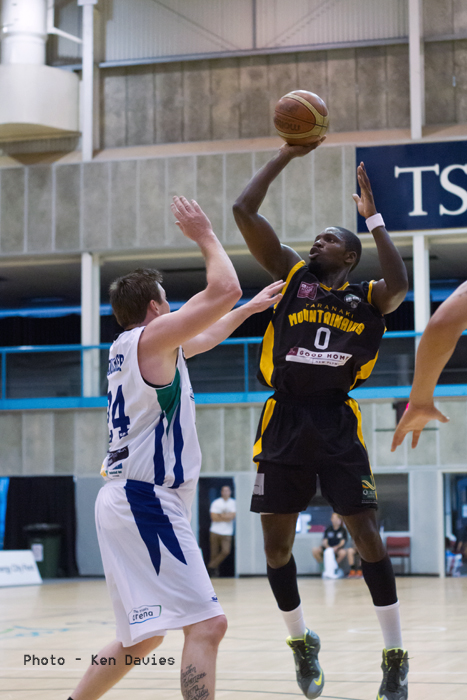 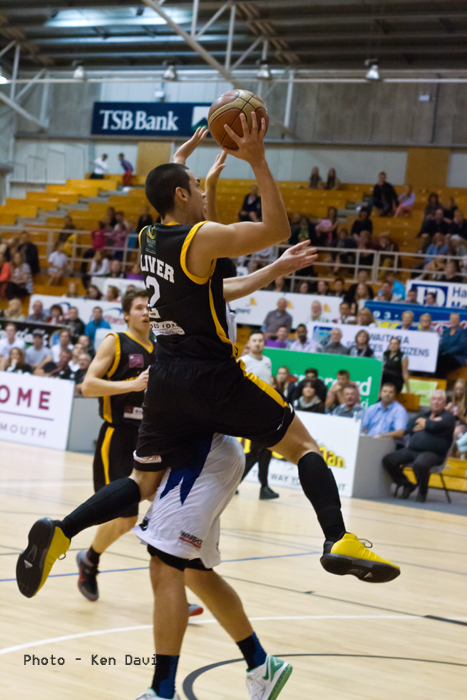 After being named player of the NBL two weeks in a row Suleiman Braimoh continued his super form sinking 35 points 2 of which were 3 pointers sending the crowd into a frenzy.

“The 3 pointer is something that I have always worked on.  I wouldn’t say it’s the strength of my game but if need be, I can do it.”

He pulled in 15 rebounds, 5 steals, 5 turnovers and 2 assists.  Play had to be stopped and a replacement goal bought out when he swung off the hoop bending it.

On the topic of winning the NBL award he says it is “because of great teamwork”.

“It was [the] result of me having a good game on the night but it’s more a team award.  If the team didn’t win then I wouldn’t have got that award.  It’s a testament to my team mates believing in me, giving me the ball and everybody doing their jobs.”

“I strive to be the best player on the court every time I step out there.  Every time I do a poor shot I’m disappointed in myself and strive to do better next time.”

Coach Daryn Shaw is pleased how he has slotted into the team dynamics.

“Suleiman was just a monster tonight.  He’s just phenomenal.  He’s the pickup of the year.  We’re lucky to have him.  He’s certainly settled in well.”

Airs’ Brad Anderson had an efficient night scoring 26 points with 4 from 7 three pointers and 7 from 8 two pointers adding 6 rebounds.

“You’ll get nights like this where we have great shooting nights. We haven’t had any really until tonight.  We’ve managed to grind out two tough wins without necessarily shooting well.  That comes down to our effort level on defence and rebounds,” said Coach Daryn Shaw.

Rangers’ Daryl Corletto scored 30 points with 2 rebounds but just couldn’t sink the big shots only netting 4 from 10 3 pointers in the final quarter.

The inclusion of Dillon Boucher, back from injury, had little impact scoring 4 points and receiving as many fouls.

With 2.46 minutes remaining Airs Coach Daryn Shaw started clearing the bench bringing on Daniel Cunningham closely followed by Beauden Giddy and Quintin Bailey.  Daniel got a great steal and breakaway finishing with an easy lay-up as the home crowd screamed their approval.

“I would have liked to put them in there earlier but I’ve been in games where we’ve done that and the score has blown out.  It can be difficult bringing the young boys in and all of a sudden the score crashes.  It doesn’t do their confidence any good.  It’s all about finding the right balance and timing,” said Coach Daryn Shaw.

“This team had three breakers.  We have local players with some fresh out of high school.  We gave it to them tonight.   I’m really pleased with that performance.  It was excellent.”

Sharyn Smart is a freelance Writer who is relatively new to the sport of basketball. She is passionate about her community being born and bred in the Naki and has quickly come to enjoy following the MountainAirs.