Originally founded in Australia in 1985 CanTeen was founded in New Zealand in 1986.

CanTeen is for anyone between the ages of 13 and 24 who is living with cancer be it “patient”, “sibling” or “bereaved sibling”.  The aim is to provide a relaxed, friendly and fun environment where members can share their thoughts and feelings with other young people whose lives have been affected by cancer.

The New Zealand organization was launched with “Miles for Smiles” a walk from one end of the country to the other, to raise funds and awareness of adolescent cancer.  Today, CanTeen operates in 13 regions within New Zealand.

CanTeen does not receive government funding and relies on the generousity of New Zealanders.  There are many ways to donate through Cash Donations, Monthly Giving Club and Bequests (see the website for more information).

THE SIMPLEST WAY EVERYBODY CAN SUPPORT BANDANNA WEEK IS BUY A BANDANNA!

Jade Phillips, Manager for CanTeen says “The money raised during Bandanna Week is used to provide services including mobile phones / airtime so patients can keep in touch with family and friends, magazines, iPod’s and laptops to relieve boredom and additional staff throughout New Zealand to help provide this support.  CanTeen also helps members through programs such as Good Grief, Teenlink and SAFE talk – national initiatives set up to help members deal with the difficulties of living with cancer.  Donations are also put to fund research into the effects of adolescent cancer.” 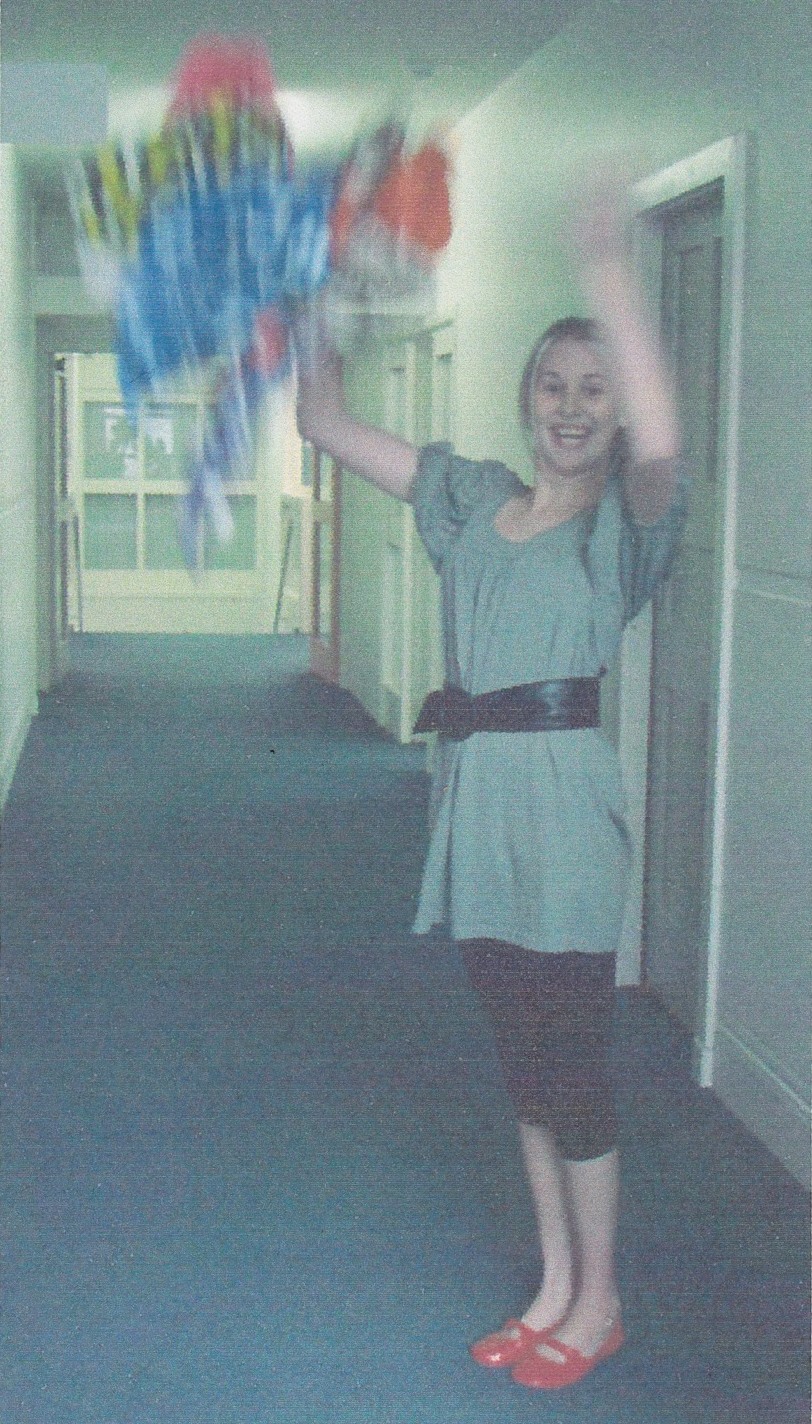 Roxy is the face of CanTeen for Taranaki.  In 2004 she participated in Athletics Day at school.  The next day she had a sore knee and headed off to the Doctor.

After many appointments and the diagnosis changing from growing pains to fluid on the knee, as a lump was forming, the final diagnosis was Osteosacroma (Cancer that begins in the bone forming cells.  Most commonly occurs in arm and leg bones).  Her world fell apart.

The next two years of her life blurred past.  A majority of this time was spent in WellingtonHospital getting her treatment or Auckland Starship having her operations, only to be broken by short stints in NewPlymouthHospital on her one out of every three weeks at home.

“I lost a few friends but the hardest part was friends not knowing how to treat me.  I wanted to be treated “normal”.  I hadn’t changed, my cancer had become a part of me.  Some of the time I wanted to avoid my friends and just take time for me, other times my friends avoided me as they didn’t know how to communicate with me.

My mother and father are separated.  They took turn about to spend time by my bed when I was going through two years of treatment.  My family commitment was huge as my parents took time off their respective jobs and put in many hours being there for me.  My younger brother had trouble dealing with all the attention I was getting and the lack of attention for him.  He said “I wish I had cancer.”  Little did he understand what he was saying.

One great thing about being sick was on my arrival at WellingtonHospital I got a huge bag of goodies.  It took my focus of me for a few minutes and made me feel special.

A special friend stood by my side and understood how to react around me.  She even went as far to shave her long blonde hair off to support CanTeen.  That really meant a lot to me.

Depending on how I was feeling I told different stories about my diagnosis.  Mostly I told the truth “I have cancer”.  People recoiled in shock and embarrassment!   I learnt to elaborate and say “I was attacked by a shark” or something as crazy.  People could accept that and were ready to talk to ME.

With all the attention I got from the cancer diagnosis I now class myself quite “demanding”.  I know what I want and I now make sure that I get it.

School is really hard at the moment.  I basically lost two years of schooling and now I am trying to do my current year and those lost years.  It makes life busy!

Each year I get to get up in front of assembly and talk about CanTeen Week.  As long as I am not talking about myself I am alright.  If I had to talk too much about myself I would get the giggles watching everybody’s reaction – She giggles as she finishes speaking.

I was lucky enough to have my Make-A-Wish come true.  I wished I could be on the cover of Dolly Magazine.  Unfortunately this was unable to happen but my 2nd wish to visit the theme parks in Australia was.  I had a wonderful time and will always have cool memories.” 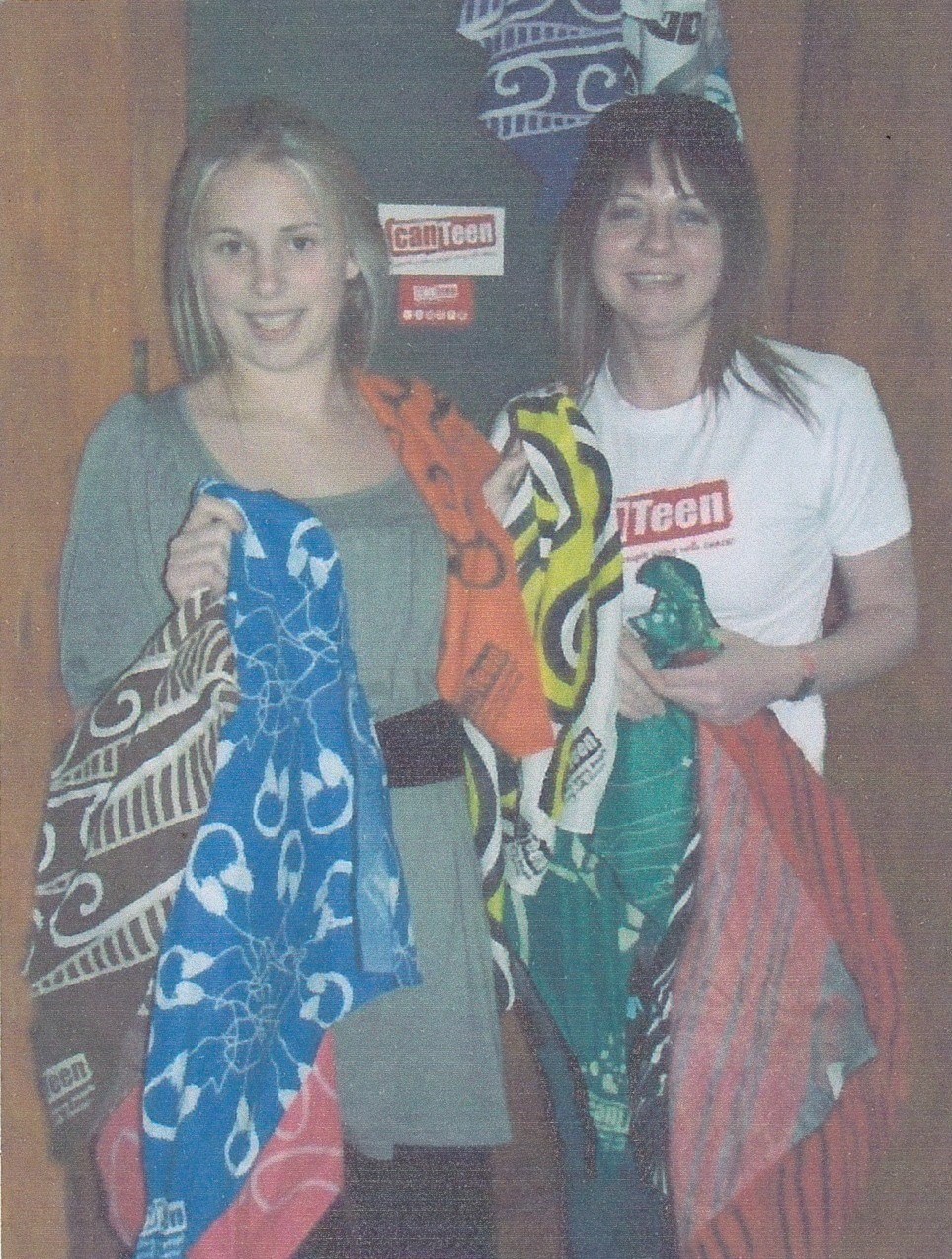 In 2001 Leslie’s sister was diagnosed with Leukemia.

“My sister and I were best friends as well as sisters. I didn’t think twice about being there for her when she was going through all her treatments.  I was in the 7th form and my time out was doing the “normal thing” – going to school and being a teenager otherwise I was at the Hospital supporting my sister.

The doctors made the mistake of saying “If you have any questions – just ask.”  Ask away I did.  How? Why? What does that cost? What does that do? How long does that take? – the questions came thick and fast.  It was my way of coping with what was going on around me.

My sister struggled on, with both of us going through a bone marrow transplant.  After 11 months of battling she passed away.  It was hard for our family to deal with but wonderful knowing that CanTeen was there to support us.  I went on to become President for Taranaki.  We have a committee meeting once a month and plan great outings for our group as well as support our members.

Many families have a member pass away and they leave CanTeen.  Some members go into remission, class themselves as healthy and leave the group.  For me I enjoyed being with the group and decided to stay.

The major fundraiser is Bandanna Week 15th to 22nd October 2007.

Bandanna Week is to raise public awareness of the issues faced by young people living with cancer.  This year Dan Carter, professional rugby player, is the ambassador and is taking part in the “CanTeen Million Dollar Challenge”.

The aim of “CanTeen Million Dollar Challenge” is to encourage New Zealanders to support CanTeen by being involved in Bandanna Week.  Regions around the country are doing various things to support / promote / celebrate Bandanna Week including:-

The Edge Radio Station is undertaking a South to North bandanna drive. www.theedge.co.nz

Downacrossup is a horse trek circumnavigating New Zealand on horseback raising funds whilst making a documentary series of their travels.  Visit the website for more details www.downacrossup.com

If you would like to help during Bandanna Week call 0800 CANTEEN.

CanTeen also has Christmas Cards for sale.  The cards were designed by members during an Art Workshop.  Businesses can have their corporate information inserted into the cards ready for distribution.  The cards can be viewed at www.canteen.org.nz/Organisation/HowYouCanHelp/BuyCanTeenProducts/XmasCards

Are you an Xtra Customer?  Please vote for CanTeen as your preferred charity at www.charityvote.co.nz to help us receive a share of the Telecom $1 million donation.  THANK YOU!