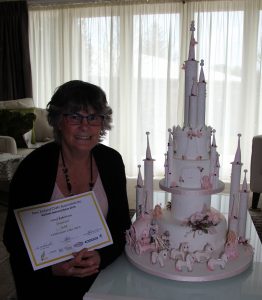 “I was so excited, what an amazing experience,” she said.

Her reputation for perfection and high quality work has resulted in Mrs Lythgow being picked along with eight other cake decorators from the North Island.

“It’s a great honour to be named one of North Island’s best cake decorator’s,” she said.