Become a FRIEND and together we can save lives.

Over the next eight weeks representatives of the Taranaki Rescue Helicopter will be calling homes rallying for help – will you answer the call for help? 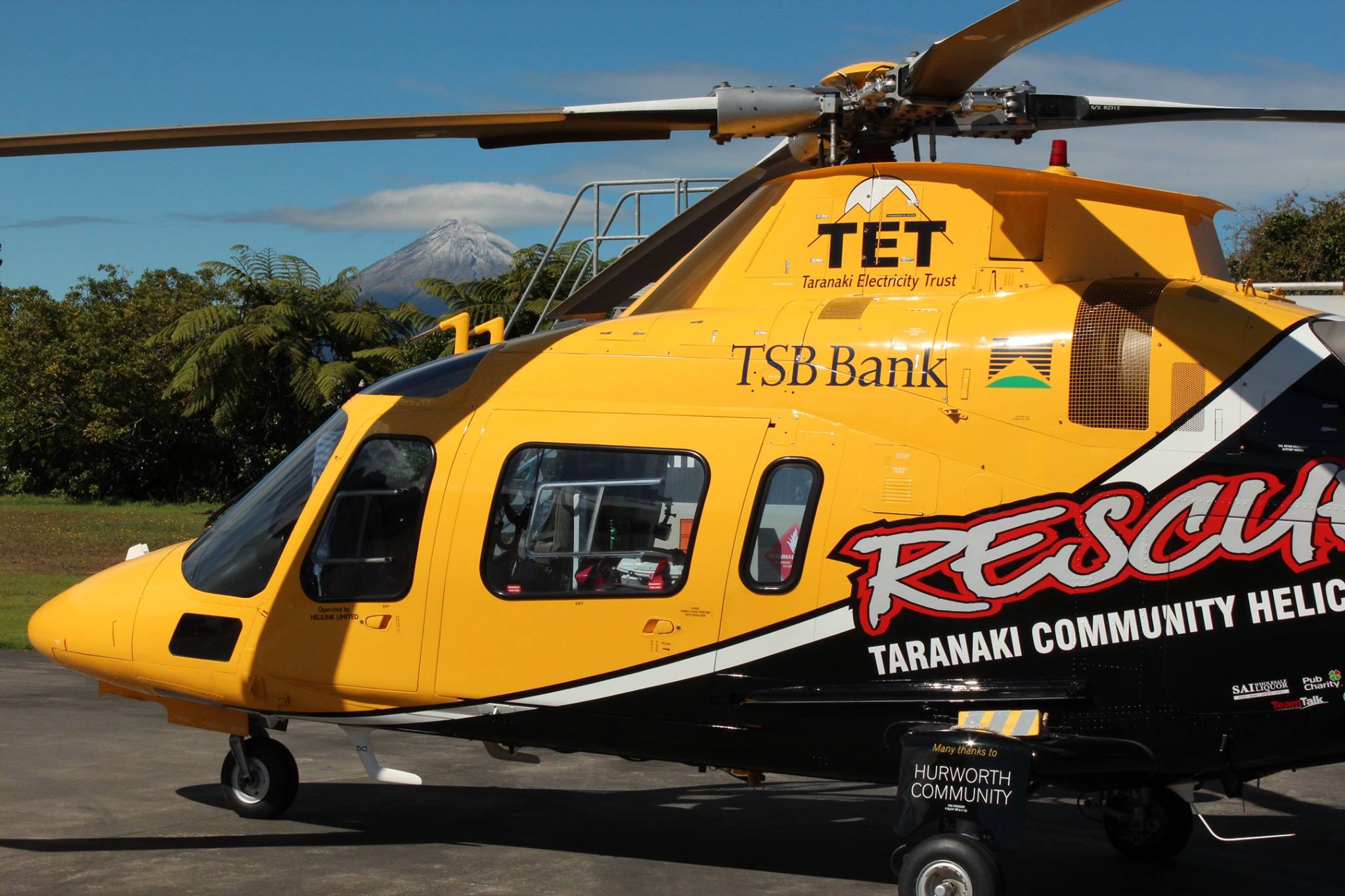 An evening adventure at Taranaki’s Back Beach had all the makings for an episode of the “Bear Grylls” TV show for an unlucky mother and son.

Fiona Grigg and her son Liam, 15, were “very, very thankful and humble” for the Taranaki Rescue Helicopter crew winching them off Snapper Rock.

“The helicopter came just after nightfall. My stomach sank at the thought of having to stay on the island for the night. I thought I might have to do a ‘Bear Grylls’ number – that is to survive with very little (except he carries a flint and a knife!!!).”

Fiona recalls the night’s events.  “Sunday night was fine and warm and the tide had just turned.  Two of the kids waded in and swam a little out to Snapper Rock.”

Within 10 minutes sea conditions had deterioratedand only Liam’s friend made it back to the beach.

Fiona, ‘swam and bobbed like a cork’ out to Liam.  They attempted to swim ashore from the far side of the island without success and returned to snapper rock. “It was the only thing to do as Liam was cold and a little confused.  There was no way I could drag him through the waves.”